Non-profit organizations can reinforce and perpetuate false images and perceptions of the Global South through simplified representations. Development cooperation must therefore not shirk its responsibility and must decolonize its language and imagery, says Muganzi Muhanguzi Isharaza from Uganda/Great Britain in the fourth part of the Summer School 2022.

"What do you see?" Muganzi Muhanguzi Isharaza asks the audience. He shows a photo of a water bottle with a label. A British organization recommends donating to a water treatment project in Africa, from which 1.8 million people already have benefited. A photo next to the text shows a black child drinking water from a pipe.

At first glance, the image may seem completely unproblematic to many. "I see several problems right away," says Muganzi Muhanguzi Isharaza: "First of all, Africa is not a country. Africa is a continent, about 14 times bigger than Europe, with 54 different states and is home to 1.5 billion people." Talking about Africa this way reproduces the image of a uniform, homogeneous territory. A generalization that does not do justice to the highly diverse continent with countless ethnicities, languages and correspondingly many contexts. Such simplifications promote the disparity in the minds of people in the global north that "after all we have to help the poor people in Africa". Precise language and making visible and communicating the reasons for a concrete crisis in a specific context are essential, says Muganzi Muhanguzi Isharaza.

Decolonization is a messy, dynamic, contradictory process because it looks different for each context, individual, and situation. But this process is vital, all the more so as non-profit organizations are important sources of information on situations in the global south for western media and thus for western society. Sometimes their assessments are even rated higher than the official statements of the respective governments. This is reason enough to strive for fair language and imagery.

Beyond that, however, non-profit organizations would have to give much more prominence to the voices of those they want to serve: in fundraising and advocacy campaigns, but also in the planning, implementation and evaluation of development programs. In his view, it is necessary to work toward transferring responsibility, agency, and legitimacy from the global or so-called international community to local communities. 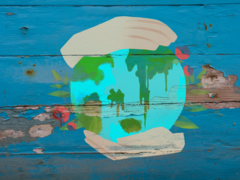 In the second part of Mission 21's Summer School 2022, María Ximena González-Serrano talks about the role that life concepts, such as the Latin…

"The important question is: is help necessary and useful?" 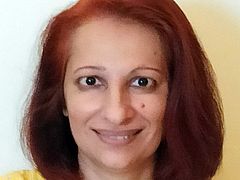 Do we need to decolonize development aid? This year's Mission 21 Summer School revolves around this question, and the very first speaker shows that…