For the first time, Mission 21 held its annual synod online. Around 40 delegates and guests, connected from four continents, met from Thursday to Saturday, from 2 to 4 p.m. Central European Time, and set the course for Mission 21's work in 2022. The synod week was brought to a festive close with a service on Sunday, 13 June, which was also streamed online.

The Synod, the highest body of Mission 21, sets the framework for the work of the organisation. However, the delegates from Africa, Asia, Europe and Latin America, together with the Board, also delve deeply into the concrete situations and concerns of the people in the partner countries.

The "Burning Issues", the topics that occupy the people and shape their lives in the 20 partner countries of Mission 21, were influenced by the Corona pandemic last year. For the most part, existing problems were exacerbated. Mission 21 and its partner churches and organisations were thus confronted with new challenges.

Poverty and violence against women increasing

Whether in Africa, Asia or Latin America: the pandemic has led to more poverty and also to more violence against women and children. This was impressively demonstrated by the various statements from the respective continental assemblies that were sent to Mission 21. It was also particularly visible in the Women's Synod, which kicked off the Synod Week on Wednesday.

In the three sessions, the delegates assessed whether Mission 21 was well on its way to accomplishing its tasks. They then approved the annual accounts and report for 2020 and approved the framework budget for the coming year. The elections took place quickly and according to the proposals of the Board. A new member, Rev. Michal Maurer from Sargans, was elected to the Board and Margrit Schneider stepped down from the Board and her work was thanked. The Synod also took note of personnel changes in the individual Continental Assemblies.

The participation of the delegates was strongly noticeable. Despite occasional technical problems and big time differences (for South Korea the session started at 10 pm; for Costa Rica at 7 am), there were committed discussions and votes. 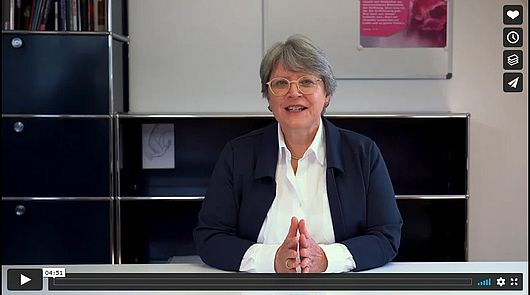 Rita Famos during her greeting via video, Screenshot: Mission 21

The last Synod meeting on Saturday also showed the great solidarity with Mission 21 within the church landscape in Switzerland and Europe. We would like to highlight the greeting by the President of the Evangelical Church Switzerland, Rita Famos (who was officially installed as President the following day in Bern). She emphasised how important the work in the Worldwide Church is for the hope of a good future. Mission 21 feels strengthened by this solidarity in the common work. 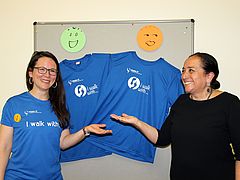