Dr. Nana Opare Kwakye is a lecturer in Church History and Mission in the Department of Religious Studies at the University of Ghana. Foto: Mission 21

How are mission history and present-day church relations perceived from perspectives in Africa, Asia, Latin America and Europe? This is the question addressed by Mission 21's "Summer School". The Opening on Saturday, 11 September, provided much food for thought. Experts and participants from four continents discussed what we can learn from history to deal with racism and discrimination today.

The archives of the Basel Mission contain letters, reports and photos documenting over two hundred years of missionary activity. At first glance, an infinite fund of infinitely different sources. What is less striking is that the most frequent sources are those in which Europeans have their say. The perspective of leaders from other countries is also included.

Much rarer, however, are the voices of those who were affected by missionary activity - and even rarer are critical voices. This was pointed out by Dr. Nana Opare Kwakye, professor at the University of Ghana in Accra. He was the first speaker at the "Summer School" of Mission 21, where people from all over the world exchange their views on racism today and in the past, in church and society during three days. The African, Asian and Latin American perspective is particularly important at the "Summer School".

The event will take place online, the number of participants is not limited - interested people can still register.

Dr. Nana Opare Kwakye showed two impressive examples from the 19th century: He examined letters from African Christians who complained about conditions in the mission stations of the time. The complaints are unequivocal: the missionary Andreas Riis, revered in Ghana to this day for his work, had disobedient people whipped, they say. Another missionary, August Fritz Ramseyer, treated the natives "like animals".

Opare noted: "The European missionary societies, including the Basel Mission, have left a lasting legacy in West Africa. Given their achievements, they were and still are highly respected. (...) The history of their work has largely been presented in a worshipful and triumphalist manner. Nevertheless, the records are full of negative perceptions of the missionaries. There were cases where the missionaries behaved in a very disrespectful and sometimes racist manner towards the people to whom they brought the message. These cases, which can be found in the mission reports, were usually not published in order to give a perfect picture of the mission societies."

That was just the start!

What do these stories mean for dealing with racism and discrimination today? Who has the power over what is told and what we keep silent about? How does the past reverberate and continue to influence us? Answers to these questions will be worked out during the Summer School. The event last Saturday, 11 September, kicked off with discussion groups and input presentations from Nigeria and Indonesia, South Sudan, Cameroon, Tanzania, Malaysia and Hong Kong. Dr Nana's presentation was followed by a talk by Professor P.T George from Bangalore, India. He researched the way missionaries and mission societies dealt with the caste system in India and noted that missionaries in the 19th century helped to reduce the prevailing social discrimination.

The event will continue on Tuesday 14 September and conclude on Friday 17 September. Registrations are still possible. 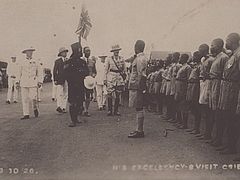 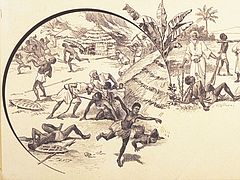