One example of many attacks: In February 2020, Boko Haram militiamen destroyed an EYN church in Garkida. Foto: Mission 21

The security situation in Nigeria has been deteriorating over the past few months. Violence against the civilian population, particularly in the northeast of the country where Mission 21 projects are being implemented, is increasing, as reported by our partner church on the ground.

The Nigerian partner churches and partner organizations as well as the civilian population are suffering from violence from different sides. The Islamist terrorist militia Boko Haram is repeatedly carrying out attacks on villages in the northeast of the country. During the attacks, people are kidnapped and killed. In addition, the longstanding conflict between nomadic pastoralists and sedentary farmers has been intensifying.

Many of the conflicts run along ethnic and religious lines. As reported by the U.S. Commission on International Religious Freedom (USCIRF), at least 8’279 people were killed as a result of such conflicts in Nigeria in 2020. The result of the report was also published in the Newspaper "The Guardian".

Multiple ransom demands
A recent report from our partners on the security situation gives account on the daily killings and kidnappings this year. The approach by kidnappers has, unfortunately, worsened: after the payment of ransom money, some hostages are passed on by their captors to other kidnappers who then demand a second ransom.

However, the relatives of kidnapping victims often do not have the resources to pay a second ransom. As a result, many abductees are killed after all. Other hostage-takers go so far as to extort ransom money through kidnapping threats.

Partners are directly affected
Many members of our partner organizations have been directly affected by the violence. Employees have received threats, and an EYN pastor was kidnapped in December 2020.

Following an escalation of violence with numerous attacks on villages and churches at the end of last year, violence and insecurity have remained high during the first few months of this year.

Commitment to peace
Our partner church, the EYN, is committed to promote peace and interreligious understanding - including through projects that are supported by Mission 21 - as well as to support victims of terror and violence. The president of the EYN, Rev. Joel Billi, has called on the government to protect the people in the country. At the EYN annual conference, numerous church representatives reiterated the concern to work for peace among different religious communities. 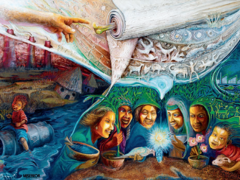 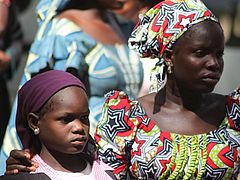 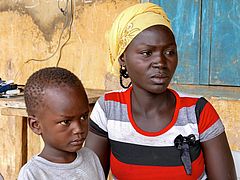