Religion and Development: an unlikely pair?

What potential does religion have for the development of a society? This question was discussed by experts from three continents on 18 March - an event that stimulated further thinking.

The audience was as international as the group of speakers: Around 60 participants dialled in from Belgium and France, from Switzerland and Nigeria, from Great Britain, Cameroon, Costa Rica and Germany for the Zoom discussion, which Mission 21 organised as part of the "Dialogue International" series of talks.

The central question was whether religion can contribute to the development of a country or a society, or whether it rather inhibits development. The speakers agreed that religion and development do not have to be opposites. Religion can be a resource in many areas, especially in countries where it is part of everyday life for almost everyone. "Religion brings people together, it motivates and mobilises," said Elizabeth Cook. Religion can provide a network, community and credibility, the speakers agreed. Negative aspects of religion were also mentioned, such as fundamentalism.

What does "development" mean?

It quickly became clear, however, that the role of religion in development can only be illuminated if one is clear about what is meant by development. Does it mean a linear process with a clearly defined goal to be achieved globally? Or do the criteria for development need to be adapted depending on the context?

The panelists traced the changes in the understanding of the term "development" - from a purely economic concept of development to a more holistic one which, in addition to economic criteria, also focuses on goals such as gender justice, peace or the idea of a "good life" (in Latin-America "buen vivir"). The UN's "Agenda 2030" stands for such a more holistic understanding of development, although this too can be controversial.

Bouba Mbima from Cameroon made it clear that the global criteria for a "developed" country do not correspond to the context, especially in many countries in sub-Saharan Africa. "Development has to adapt to our context, our historical and social reality and our strengths," Mbima said. Indicators for development should be chosen on a country-specific basis. The role religion plays in the respective societies should also be taken into account.

Jens Köhrsen said: "I think we need both. Global goals, but also local interpretations. And it is important to involve people from the global South more in the development of global goals than has been the case so far."

The discussion ended after 90 full minutes - and could probably have gone on for a long time, as numerous questions from the audience arrived in the chat with no more time left to answer them.

The event was recorded and can be re-watched here: ► To the recordings of past events 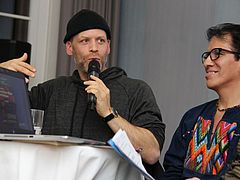 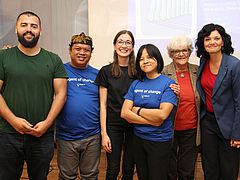 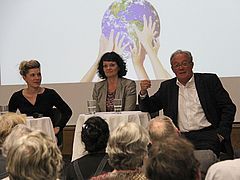