With 219 million inhabitants, Nigeria is the most populous African country in Africa and also has the largest economy in Africa. But the country is confronted with a multitude of challenges. The jihadist organisation Boko Haram, which operates mainly in the north-east of the country, has been carrying out attacks on villages, towns and civilians since 2009, destroying houses, churches, schools, shops, wells and fields, destroying crops and abducting women, men and children. Those who cannot flee from the attacks are usually murdered. Around 12.5 million people are affected in the greater region around Lake Chad and need humanitarian aid.

In Nigeria alone, more than 2.1 million people are on the run. Many of the displaced cannot return to their home villages even after years due to the ongoing insecurity. In addition, the country is facing a new wave of inter-ethnic and inter-religious violence in the central states, as well as nationwide banditry involving robberies and kidnappings for ransom. Widespread poverty and unemployment, low levels of education and environmental problems are other challenges facing the population. In this context, Mission 21 and its local partners in Nigeria pursue projects in the areas of emergency relief and reconstruction, education and livelihoods, peacebuilding.

- The survival of people affected by humanitarian disasters is ensured.

- The living conditions of people affected by humanitarian disasters are improved and their livelihoods are secured.

- People traumatised by the crises have psychosocial support.

- Orphans and vulnerable children have access to basic education.

- People affected by conflict and humanitarian disasters are empowered to respond effectively to and manage crises.

- Dialogue between Christians and Muslims and joint activities contribute to peaceful coexistence.

- Women have access to basic education and vocational training so that their social and economic role is strengthened.

- The entrepreneurial skills of vulnerable people are strengthened and secured through start-up funding.

- Natural resources are used sustainably and efficiently and the environment is protected from pollution.

- The competence of partner organisations is strengthened and the quality and results of the projects they are responsible for are improved. 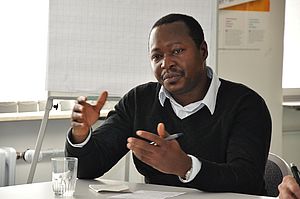 Since October 2015, Dr. Yakubu Joseph has been working as Country Coordinator of Mission 21 in Nigeria. He has a doctorate in geography and holds an MA in International Peace Research and an MSC in Sociology. His tasks as country coordinator include monitoring and technical support for the partner organisations. In addition, Dr. Joseph is responsible for quality assurance on the ground and advises Mission 21 partner organisations in Africa in the areas of peacebuilding and security.

AsProNMeR, Ass. for the Promotion of Natural Medicine and Ressources

EYN, Church of the Brethren 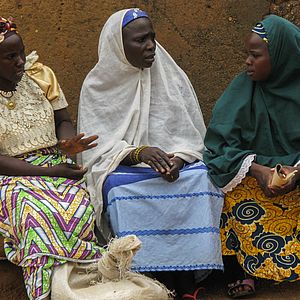 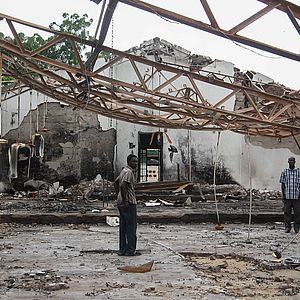 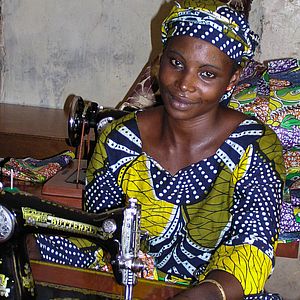