Orphans are among the weakest members of Tanzanian society. Due to the consequences of HIV and AIDS, an estimated one million children grow up without their parents. They are often marginalized and rarely able to attend secondary schools. Mission 21's Tanzanian partner churches, the Southern Province and the Southwest Province of the Moravian Church in Tanzania, are working to ensure that the basic needs of orphans are met and that they have access to education and medical care. In this way, they can find a way out of poverty and dependency.

The children often find themselves in a precarious situation and experience stigmatization and discrimination. They are mostly cared for by relatives. The foster families are often overburdened and can hardly care for the children, who often suffer from malnutrition. Orphans are often denied schooling. Many are traumatized, some are HIV positive themselves.

Mission 21's partner churches in Tanzania support orphans in the city of Mbeya and in the rural areas of Rungwe and Isoko. In addition to psychosocial support, the children and young people receive access to medical care and school or vocational training. The foster families are sensitized to the special needs of the orphans. They also learn how to increase their income through agricultural projects.

The following activities are planned for 2023:

The work with orphans in Tanzania has expanded considerably in the region. Orphan projects in Isoko, Chunya and Ilindi have been added to the orphan work in Rungwe and Mbeya, which has been established for many years. Thus, even in very remote districts, it is possible to establish reliable structures to accompany and support orphans in the long term. Every year, around 640 orphans are given access to schooling or are able to complete vocational training. Thanks to additional foundation funding, 1oo more young people were able to complete a two-year vocational training program. They received their certificates in November 2022. The results are very gratifying. Many orphans in secondary schools have above-average report cards, some were able to complete university studies and many work independently in skilled trades thanks to the vocational training. All this helps to lead the children out of poverty and stigmatization in the long term. In the meantime, the support of the foster families, i.e. in most cases the grandmothers, also plays a major role. They are supported in the upbringing of the often traumatized children and receive help to help themselves. For example, numerous families have been able to create a stable additional income through agricultural projects, such as the establishment of beehives. This enables them to support the orphans themselves and make them independent of outside help. 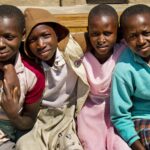 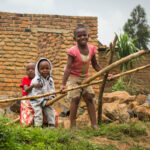 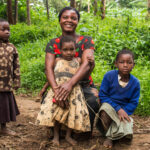 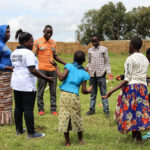 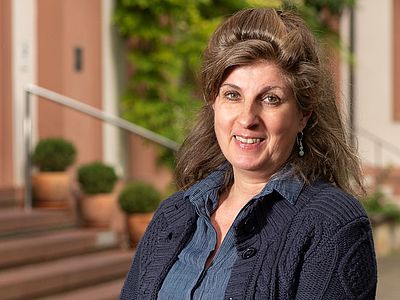 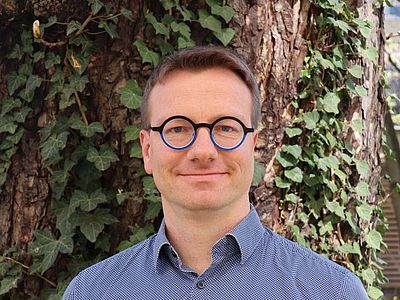